The Titanium series for lower secondary school physics and chemistry inspires learning. The series covers a variety of different topics and the exercises are suitable for different kinds of learners. Pupils are motivated through experiential and functional learning. The series encourages personal thinking and insight. Informative videos, pictures, illustrations and infographics promote multiliteracy. Titanium takes advantage of ICT, and simulations are also used in studying the different phenomena. 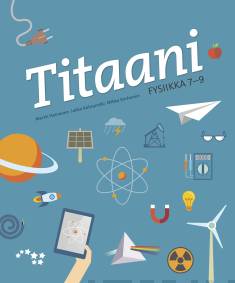 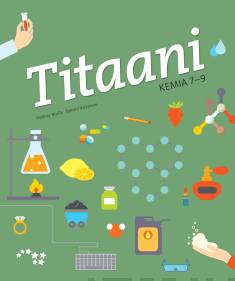 Textbooks
The textbook contains the whole theory of physics or chemistry for the whole lower secondary school. The sections can be learned in a convenient
order according to the school’s curriculum and distribution of lessons. The clear structure offers natural opportunities for differentiation.

Workbooks
Different learners are taken into account in the diverse exercises. The exercises proceed from the easiest to the most difficult ones, so the workbooks are also well suited for differentiation. There are practical experiments for pupils as well as tests and simulations to be carried out with digital tools. The answers can be found in the teacher’s digital teaching material. 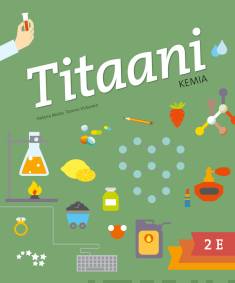 Easy-to-read books
Titanium Easy-to-Read books contain the theory and exercises all in the same book. Each year has a book of its own. They have been written in plain Finnish, which means that the language has been simplified. In addition, special attention has been paid to placing the images and texts on the pages in a manner that makes learning easier. The book is suitable for pupils who experience reading difficulties and for pupils whose other tongue is not Finnish.

The pupil’s digital book contains a large number of teaching videos  recorded for the Titanium series. It is also possible to listen to all the texts of the textbook. The digital book contains the same texts, pictures and exercises as the printed version. Pupils can answer the exercises in writing or by downloading a separate file. Mathematical formulas are easy to write  and modify with the help of a text and equation editor.

Digital exercises can be answered in writing or by downloading a separate file. Mathematical formulas are easy to write and modify with the help of a text and equation editor. The pupil’s digital exercises correspond to the exercises in the printed workbooks.

The material includes:
• The videos, including the commentaries
• Background information about the experiments
in the textbook for the teacher
• The equipment and substances required
for the experiments
• Safety instructions
• Pupil’s digital book (including the texts of
the chapters read aloud)
• Answers to all exercises
• Model tests and modifiable test questions